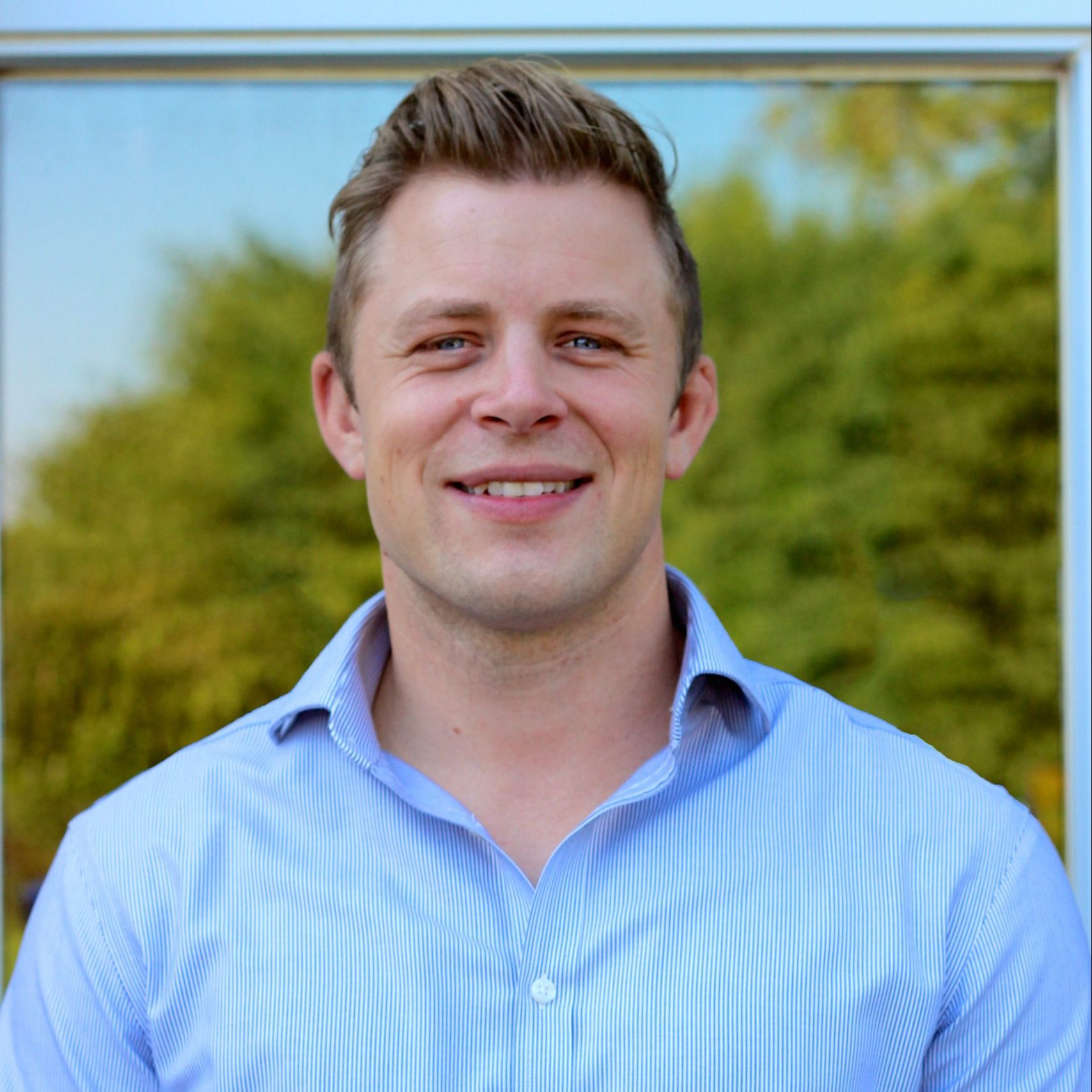 First impressions are important and powerful. It’s why we dress-up for a job interview, act politely on a first date, prepare well for a public presentation, and wear a favourite outfit on the first day of school. First impressions can determine how someone is perceived, thought of, and remembered years after that initial introduction, no matter the meetings’ brevity or seeming insignificance. No doubt, when Jesus first appeared on the scene after his announcement by John (3:1–12), his authentication in baptism (3:13–17), and his proven acceptability through temptation (4:1–11), he made a significant impression on the people of Israel. In this, the introduction of the King to his would-be subjects, Matthew describes the impact the Lord made and how he initially made it.

Listen below through Spotify, or find our Podcast “From the Pulpit” for weekly Sunday morning messages on Anchor, Apple Podcasts, Spotify, and wherever else podcasts are found.

First impressions are important. It’s why you try to look your best at a job interview and why you’re polite on a first date. It’s why you prepare well for a public presentation and why you wear your favourite outfit on the first day of school.

We know that first impressions can determine how we’re perceived, thought of, and remembered years after that initial introduction, no matter its brevity or seeming insignificance.

In a 2012 study, social psychologist Amy Cuddy reported “that people’s first impressions are based almost entirely around perceptions of two things: trustworthiness and competence.” In other words, when people meet you, whether they know it or not they’re asking themselves Is this person dependable? and Is this person capable?

First impressions are important and, this morning, we’re going to look at the impressions Jesus made as he was introduced to his people for the first time. Turn to Matthew 4 and there we’re going to find the King’s introduction fleshed-out in three distinct ways: Through prophecy, authority, and ministry.

Looking at verse 12 we find that Jesus’s introduction begins, as I said, with prophecy and, more specifically its fulfilment.

[12a] As is appropriate for royalty, the King appears when the forerunner fades. John’s imprisonment is the occasion—the catalyst—for the start of Jesus’s ministry, but not before he relocates.

[12–13] The verb “leaving” could be translated “forsaking.” Jesus “left behind” his home village of Nazareth and replaced it with   Capernaum, a city Matthew would later call “his own city” (9:1).

We could speculate—and many have—as to why Jesus made this move but if we keep reading, Matthew actually tells us.

[14–16] The King’s move was for the purpose of fulfilling prophecy. In Isaiah 9—the passage quoted by Matthew—God promised his people Messiah-led liberation from foreign oppression (in that case, Assyria). The message was that the enslaved people of God would see the Great Light of him who would bring freedom.

Now, when Jesus appears, Galilee was again oppressed, this time by Rome, and aching for liberation. And when the Lord relocates to their region, he’s fulfilling prophecy, shining the Light of coming freedom.

And you and I look forward to that physical freedom from oppressive kingdoms as well. In 2 Corinthians 4, Paul calls Satan “the god of this world” while Jesus, in John 12 teaches he’s its “ruler.” We look forward to a day when we’re liberated from that bondage.

But, in the meantime, we have been spiritually liberated, haven’t we? Jesus brings light into darkness, clarity into confusion, illumination into chaos. To this day I still remember the morning I was saved and, how, even as a child, “the lights came on.” Perhaps you remember that as well. I can also think of times in my life when God was gracious in leading me with undeniable clarity. I can also think of times when my sin was made so clear that I’ll never forget it, a gracious gift from God that moves me to repentance.

And he did that as he was being introduced to his people at the start of his earthly ministry by, fulfilling prophecy, for the citizens of Zebulun and Naphtali, but for them, it wasn’t merely spiritual freedom, but the promise of physical liberation from physical bondage through a physical kingdom.

So, first impressions of the King: Jesus is introduced as one who fulfills prophecy, prophecy relating to the liberation of God’s people from wicked oppression.

As we come to verse 18, Matthew adds another layer to Jesus’s introduction, that of authority, authority as demonstrated through the recruitment of his first disciples.

[18–22] After being introduced through the fulfillment of prophecy, Jesus is now introduced by recruiting disciples with kingly authority.

I want us to notice three things from this paragraph. First, notice the type of people Jesus called. Peter and Andrew were “casting a net into the sea” when they were called, “for they were fishermen.” James and John were “in the boat with Zebedee their father, mending their nets.”

To make a good first impression you’d think the King of kings would call the rich, powerful, and celebrity. But, instead, the first followers he summons are blue-collar laymen; uneducated labourers. Their hands were calloused, their skin weathered, and their clothes smelled like fish. This was the type of people the King called.

And praise God for that! Most of us can resonate with what Paul wrote to the believers in Corinth: “For consider your calling, brethren, that there were not many wise according to the flesh, not many mighty, not many noble; but God has chosen the foolish things of the world to shame the wise, and God has chosen the weak things of the world to shame the things which are strong” (1 Cor 1:26–27). Thank God he doesn’t choose based on worldly worthiness; those aren’t his type.

Second, notice the task to which he called them [19b]. They were to come after him so he would transform them into kingdom emissaries, collectors of people for the King rather than fish for the market. It’s a noble, important, divine job they’re being recruited to fulfill.

Third, notice the way in which they followed him: [20, 22]. With all four there is instant, sacrificial obedience. This scene illustrates the power and authority the Lord Jesus had over people. “Come, follow me.” And they do. Only great authority can demand such a response.

And that same authority has called nobodies like us to be trained for and work at a divine task—that of collecting people for the King. How do we respond to that authoritative invitation?

To this point, Matthew has described the introduction of the long-awaited King by way of prophecy fulfillment and authority through recruitment. But as we come to verse 23, he adds a final means of kingly introduction, that of ministry with miraculous reinforcement.

[23–25] John finished his ministry and now Jesus begins his. He’s teaching in the synagogues, the centres of Jewish education, preaching the good news of the imminent arrival of the promised kingdom, and healing many of all kinds of ailments and diseases.

Notice that what Jesus is proclaiming is not the gospel of salvation by grace through faith, but the gospel of the inauguration of an earthly reestablishment of the kingdom, a message consistent with John’s. However, there’s one thing that differentiates the ministries of Jesus and John: Jesus adds miraculous healings. These were validations, evidences of the veracity of his claims.

In these days people couldn’t Google what they were being told or fact-check online. To verify claims of any messenger would take time and, if the news being proclaimed had urgency to it—like the soon-arrival of a kingdom—how could they tell if it was legitimate? Miracles! Real-time reinforcement of the truthfulness of the message.

And, no doubt partly because of those miracles, Jesus’s popularity quickly grew from obscurity (3:13; 4:12) to celebrity (4:25). The King was being introduced through his miraculously reinforced ministry, and people loved it.

We should also note a subtle bit of foreshadowing Matthew includes. When Jesus begins his ministry it is in total alignment with his forerunner—he goes to the Jews. He’s in the synagogues and he’s proclaiming a Jewish message.

But notice what happens as these three verses continue: Though Jesus was ministering “throughout all Galilee,” “news about him spread through all Syria.” Though his target is Israel, his fame is going to the Gentiles, “who brought to him all who were ill … and he healed them.”

The King and his kingdom were indeed promised to Israel, but the prophets also were clear that the whole world would be blessed through his reign and its establishment. [Zech 2:10–12; Isa 2:1–4]

So, here, at the end of Matthew’s description of the King’s introduction we have a kingdom preview. Yes, it is coming to Israel and, yes, its capital will be Jerusalem and, yes, the Messiah—the Lion from the tribe of Judah—will sit eternally on David’s throne, but Gentiles will enjoy, participate, and worship in that day as well.

First impressions are important and Jesus made a strong one when he was introduced to his people for the first time, one marked by fulfilled prophecy, kingly authority, and miraculous ministry.

So what? Why should we care about the first impressions Jesus made to his people two thousand years ago? What difference does the way in which the King was introduced make to our lives today?

Observation #1: The kingdom is liberating.

While it’s true, as Christians, we have been liberated from the power and consequences of sin, we are still surrounded by a groaning creation. Satan is the ruler of this world and, because of that, it’s fallen. There’s death and disappointment, trauma and tears, fear and failure, sin and suffering. Let’s never call good what is not good. Our world is aching for its liberation, a liberation that has been promised. [Rev 21:1–5, 22–24, 27; 22:3]

When and if you ever find yourself looking around your life and around this world and becoming discouraged, disheartened, and deflated, remember that we’ve seen the Light. The kingdom is nigh. Freedom is on the horizon; it is at hand.

Observation #2: The King is calling.

In our passage we saw that Jesus, one who fulfilled prophecy and declared a message that was verified by inarguable miracles, wielded an authority that was hard to ignore. He called out to people the world thought unimpressive, charged them with a task of immeasurable importance, and promised to equip them for its success.

These are grand tasks he King has authoritatively placed before each of us, but he also promises to help us with what he’s called us to do. The bottom line is, the King, the trustworthy and capable one, is calling to you and I.

That brings be to …

Observation #3: We’re to be following.

If the King is calling us, and he is, and if he is authoritative, and he is, then we best respond like the four disciples did—immediately and sacrificially.

Think about it: If he is the King of kings, if his first impression was that of fulfilled prophecy, recruitment with authority, and miracle reinforced ministry, then how can we respond in any other way? And if his liberating kingdom is fast approaching, what have we got to lose? We’re to go “all in.” We’re to be following, immediately and sacrificially.

As we close I want to give us time right now to talk to God, asking him to show each of us individually to what he’s calling us this week, and asking him to give us a view of our King and his coming kingdom that liberates and empowers us to respond to that authoritative calling with enthusiasm.